This recipe is classic homemade stuffing made vegan, flavored with veggie no-chicken broth, sage, thyme, and fresh parsley. You can take the stuffing from stove to oven if you make it in a cast iron pan. Double or triple the recipe for lots of leftovers!

It took me until adulthood to understand the magic of stuffing. It's like dunking your bread in soup just long enough for it to absorb the broth and turn pleasantly mushy, but in casserole form. In fact, stuffing is affectionately called "soggy bread" in our house. There's even a song that goes along with it: "soggy bread / I like to eat soggy bread."

It's a shame that soggy bread is usually only on the menu once a year* as a Thanksgiving side dish. I propose we change that and eat stuffing all throughout the season, and I have a recipe here to get you started. Now you too can sing the soggy bread song when making this classic vegan stuffing with sage and parsley on Thanksgiving next week.

I didn't stray too far from the usual stuffing recipe when making this one. Fragrant garlic, onions, and celery are cooked in vegan butter that coat the bread cubes with all that goodness and flavor. The mixture is seasoned with sage, thyme, and parsley, the official herb trio of Thanksgiving dishes.

What makes stuffing not vegan?

Usually the only thing that makes stuffing not vegan is the broth or stock added to the recipe (unless it's one of those recipes that calls for "turkey drippings"...ew). That's an easy fix using veggie bouillon or broth powder.

I buy this vegan chicken base from BulkFoods.com in, well, bulk! I use ½-1 teaspoon per cup of water to make chickenless broth for soups, stews, and rice. It's cheaper than using bouillon cubes or vegetable stock, tastes better, and happens to be a great flavor for this stuffing recipe.

You can make your own bread stuffing or buy the bread cubes pre-made. I opted for the quick and easy route this time and used the Pepperidge Farm stuffing in a bag, which is vegan.

If you'd like to make yours from scratch, it's pretty easy to do.

How to make the bread cubes

Otherwise, cook the veggies in a small frying pan and mix everything together in an oven-safe baking dish.

This cake is really easy to make and comes together quickly. Which is perfect if you need to round out your Thanksgiving dessert table or bring a dish to your family’s celebration. 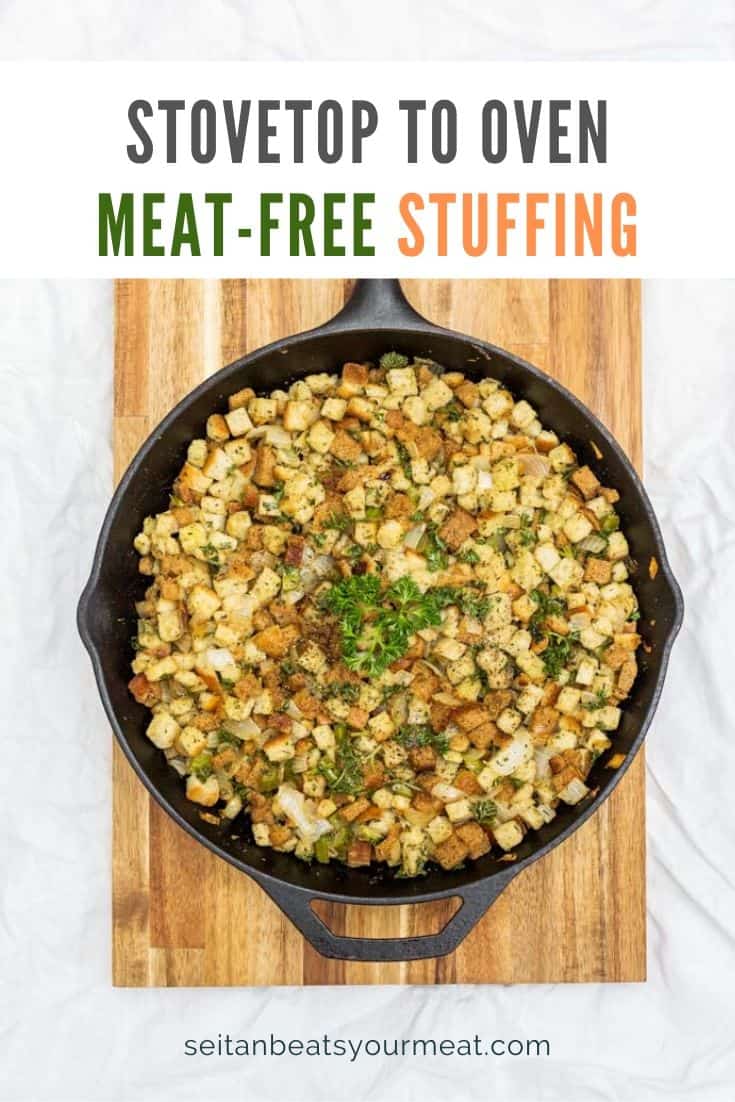 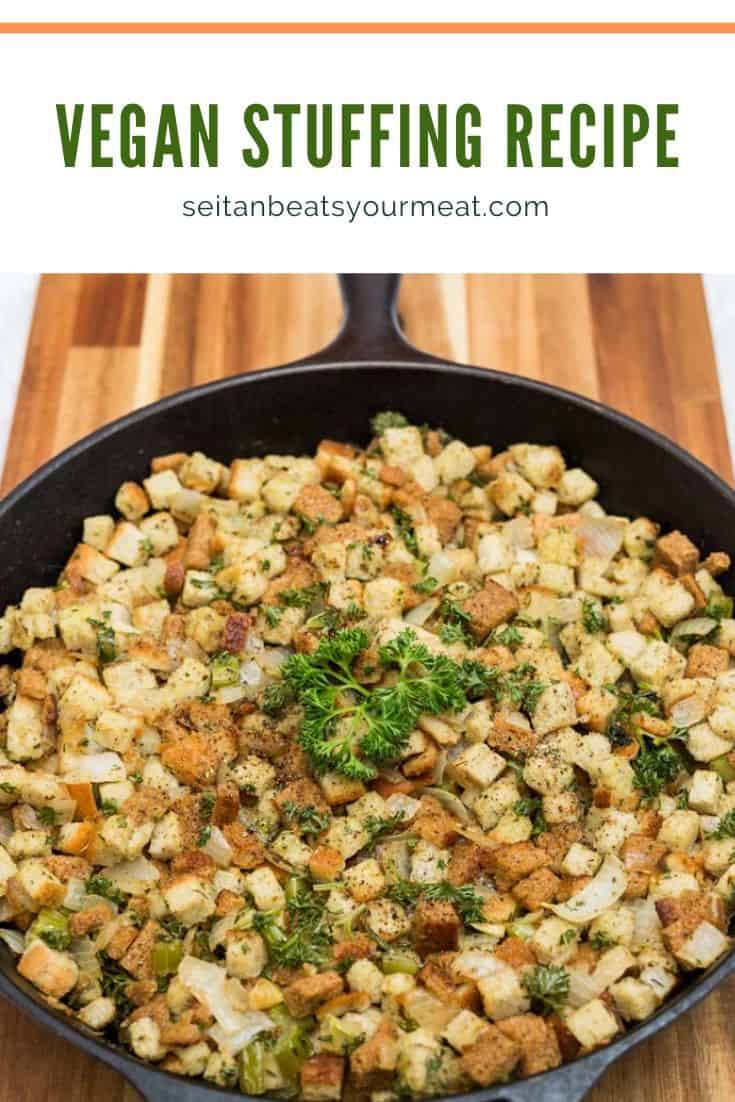 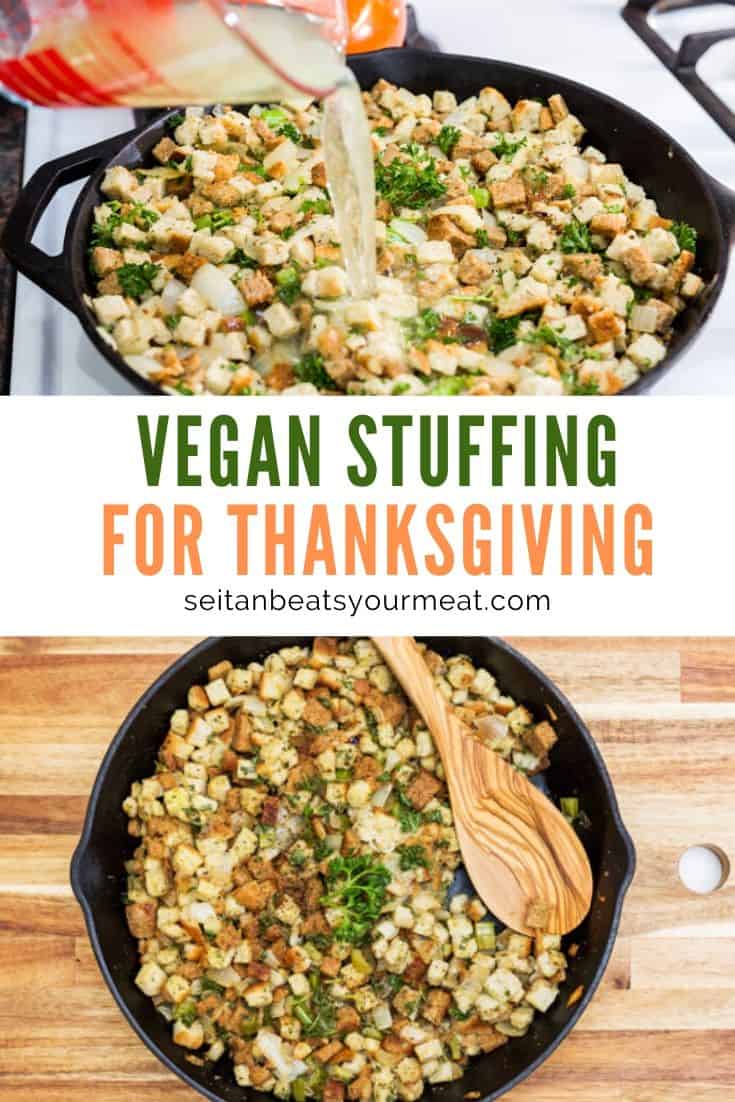