If you’ve ever taken a social media or blogging workshop, or researched ideas for food blog posts, one piece of advice that usually shows up is writing about one of the many unofficial national food holidays (check out one of the many lists all over the internet). Never worry about coming up with ideas for a blog post again! You could plan a two-part blog post on December 30th and 31st to celebrate National Baking Soda Day, then National Vinegar Day, like so: “I Started Mixing the Dry Ingredients of This Cake, Which Included Baking Soda” and “Then I Added The Wet Ingredients, Including Vinegar. What Happened Next Made My Jaw Drop. Find Out Below!” If today’s post had a ridiculous title, it would be, “She made vegan chicken and waffles. The secret ingredient will blow your mind!”

All sorts of major brands have jumped on board, making holidays like #NationalCheeseDoodleDay and #NationalPizzawiththeWorksExceptAnchoviesDay become trending topics. You’ll see social media managers sending out tweets like “Happy #NationalDeviledEggDay! Also, don’t forget to pick up SnuggleFresh dryer sheets on your way home!” and “Did u know u need water to grow peanuts which r in trail mix? Celebrate #NationalTrailMixDay: think about that while using our water filter.” Truly poignant marketing.

Now my point is that like most things in this world, these silly food holidays are best celebrated in moderation. Browse some lists and pick a few that fit with the theme of your blog or social media page if you’re ever in need of some inspiration.

The waffles are dense, crispy, and not too sweet, and have a toothsome bite from the addition of oats to the waffle batter. They’re topped with crispy seitan bacon and breaded “chicken” seitan. I used Upton’s Naturals bacon and chick seitan, but you can use homemade seitan or any brand you like.

I decided to bake the chicken part of the chicken and waffles because frying is messy. Top the waffles with the vegan bacon, breaded seitan, a pat of margarine, and a healthy dose of maple syrup for a seriously decadent brunch.

For the breaded seitan and vegan bacon:

For the breaded seitan:

This is my go-to pancake recipe for Sunday morning!

Making vegan crepes is easy, thanks to aquafaba!

These potato pancakes are topped with a warm apple chutney infused with blueberry jam. 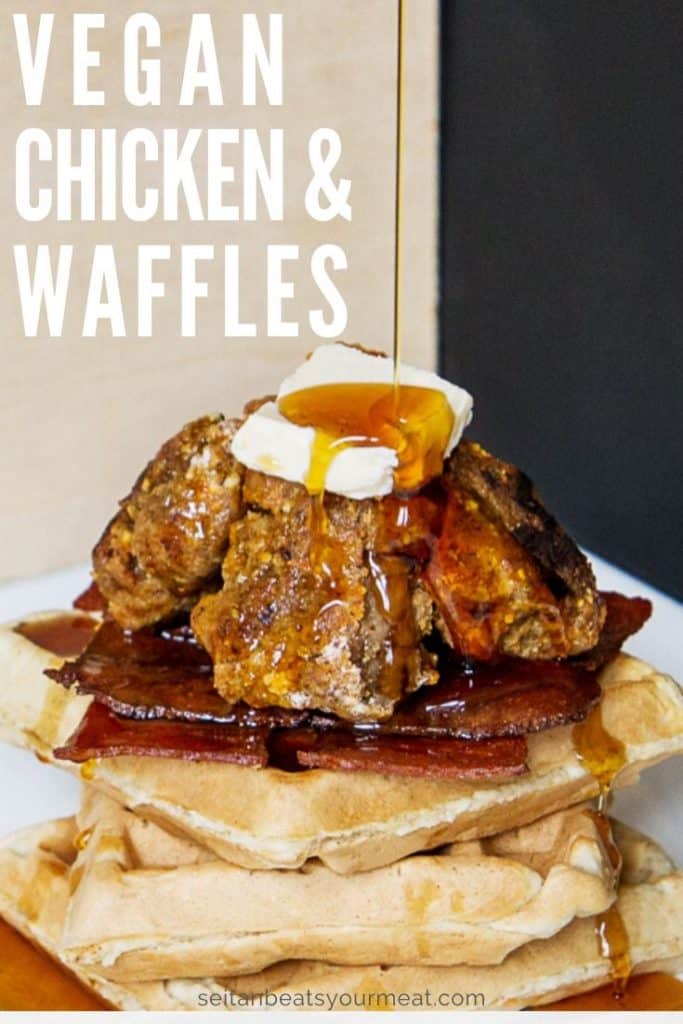 2shares
We use cookies to ensure that we give you the best experience on our website. If you continue to use this site we will assume that you are happy with it.OKRead more