This egg free and vegan aquafaba mayo is made in a blender and can be used for sandwiches, salads, and dressings. The aquafaba has similar properties to egg whites and emulsifies with the oil when blended.

When aquafaba became a "thing" back in 2015, I tried a recipe for aquafaba mayo. It didn't work and it took me years to try my hand at it again. Looking back, the blender speed probably wasn't low enough and I probably added the oil in too fast.

I'm glad I tried again because now I make aquafaba mayo all the time, and it's WAY cheaper than buying store bought mayo. It probably costs less than 50 cents to make a batch, in part because the main ingredient, aquafaba, normally gets poured down the drain.

Emulsifying the oil and aquafaba correctly requires drizzling the oil slowly at the right blender speed, so it can take some trial and error to get right. If you mess up the first time, it's totally normal, and luckily you can try again with the messed up batch. If you mess up more than once, you can repurpose the mixture into a sauce or salad dressing so you don't have to waste it.

The star ingredient of this recipe, aquafaba is the liquid from a can of chickpeas. It can be used like egg whites in cooking and baking, most famously in vegan meringue. In this recipe, it emulsifies with the oil to make mayonnaise, which is how traditional mayo is made.

If you're new to cooking and baking with aquafaba, you can learn more about it and try some other aquafaba recipes here.

You can use any kind of neutral oil for this recipe. Oils with a stronger flavor like olive oil will overpower the mayo, so I wouldn't recommend using them. If you like the flavor of olive oil in mayo, you can replace some of the neutral oil with olive oil (maybe ¼ cup), but not all of it.

A small amount of mustard adds color and flavor to the mayo. I like to use spicy brown mustard, but any kind will do.

The vinegar in this recipe adds the subtle tanginess of the mayo. You can use apple cider vinegar if you prefer, but I like white vinegar since the apple cider flavor can taste out of place in mayo.

Black salt, or kala namak, is actually pink in color and is used in cooking for it's sulfur-like flavor. In small amounts, it can mimic the flavor of egg, so I use it in vegan egg dishes like tofu scramble, the tofu "egg" in my Vegan Fried Rice with Tofu Egg, and in this aquafaba mayo.

Traditional mayo contains egg yolks, so the black salt can add a bit of that flavor. It can be overpowering if you add too much, so if you'd like your mayo to be a little saltier, you can add some regular salt and just use the black salt for the eggy flavor.

Combine the aquafaba, ¼ cup of the canola oil, mustard, vinegar, and black salt in a blender. Blend for 30 seconds on low speed.

Continue blending on low speed while very slowly drizzling in the remainder of the canola oil. Once the mixture thickens, stop right away. You may not need to use all of the oil.

Transfer to a glass jar and store in the fridge until ready to use.

The mayo will keep for 2-3 weeks in a covered container in the refrigerator. When in doubt, do a sniff test.

Usually this means the speed of the blender is too fast or you're adding the oil too fast. As I mentioned above, drizzle in the oil at the rate of about ¼ cup per minute.

I use a Blendtec blender on speed 1 or 2, the lowest settings. Each blender cycle runs for 50 seconds. I drizzle in about ¼ cup of the oil per cycle, and the mayo usually thickens during the third cycle.

The mayo thickens, but then collapses and liquifies

Once the mayo is thick, immediately stop adding oil.  You may not need to use all of the oil.

The mayo is not thick enough

The consistency of the finished aquafaba mayo may vary from batch to batch for a variety of reasons like the speed of the blender, how fast you add the oil, and small variations in the ingredient amounts. Most of these things are impossible to replicate each time, but once you've made the recipe a few times, you'll know how slowly to add the oil and the exact moment to stop.

Even if the finished batch isn't as thick as you'd like, you can still use it in recipes like Vegan Potato Salad, Vegan Ranch Dressing, or to make a creamy sauce (I recommend making some Chipotle Sauce—it's the best for burgers, salads, nachos, and dipping fries!).

I've tried more than once and the recipe just isn't working!

I promise, the recipe works! But it can be tricky and take some practice to get it right, so don't be discouraged if it takes a few tries to get the hang of it.

Don't toss the mayo fail just yet! You can salvage the mixture by turning it into a creamy vinaigrette salad dressing. Add vinegar, salt, pepper, and spices to taste.

I'm sure you know how to use mayo, but here are some of my favorite recipes that use this aquafaba mayo. Since homemade mayo doesn't have as long of a shelf life as store bought mayo, you may want to use up the batch in a recipe.

The classic way to use mayo! I recommend using fresh dill and parsley if you can get your hands on fresh herbs. Since potato salad calls for a large quantity of mayo, using store bought mayo can be pretty expensive, so you'll save some cash using homemade aquafaba mayo.

I've been making these bean burgers for more than 15 years! They're easy to make and call for ingredients you probably already have, like veggies and pantry staples. More recently, I've been serving them with my Chipotle Sauce recipe, which you can find in the post. It's a copycat recipe for Native Foods' Chipotle Sauce (FYI, they'll give you extras of any sauce at no extra charge).

As an Amazon Associate and member of other affiliate programs, I earn from qualifying purchases. 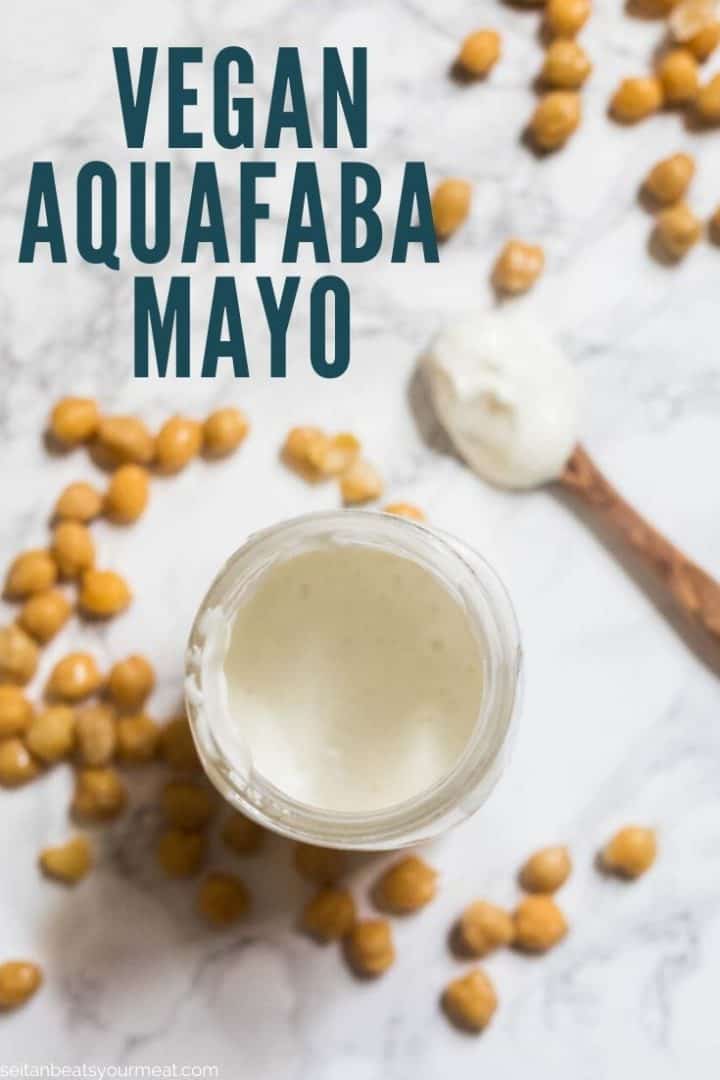 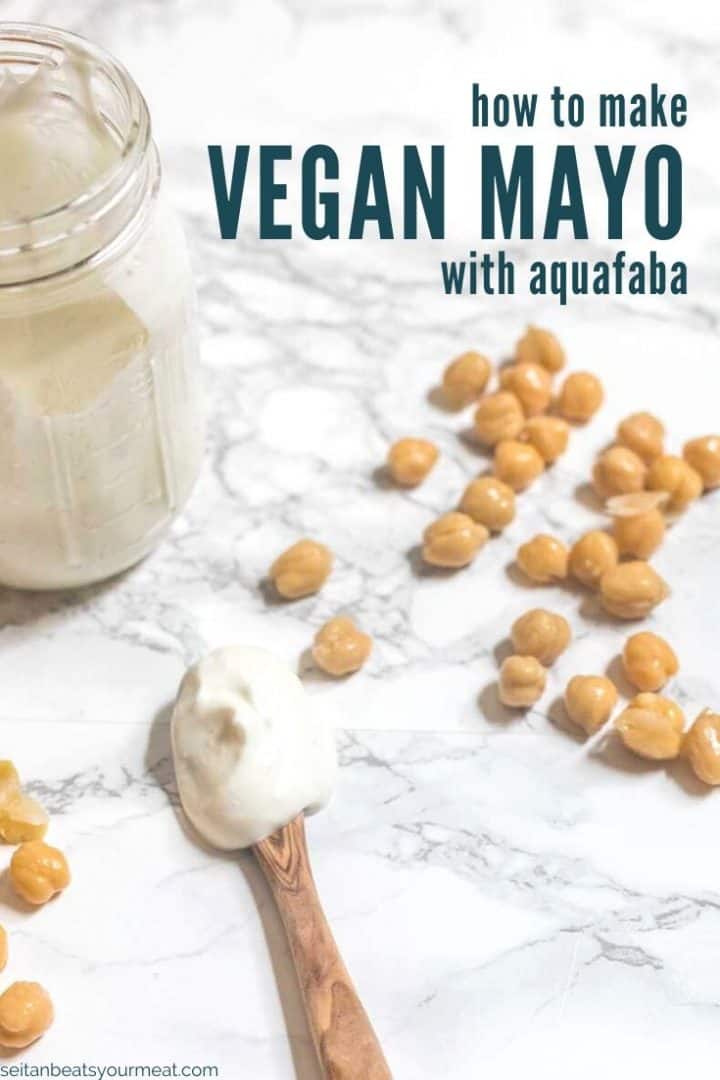 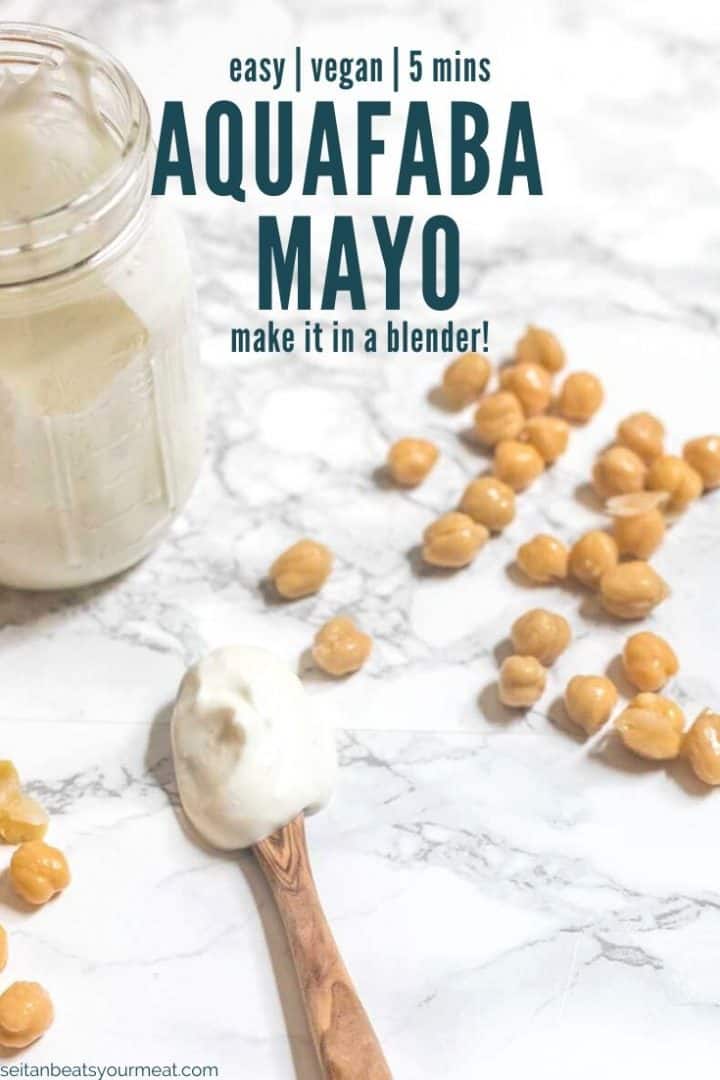 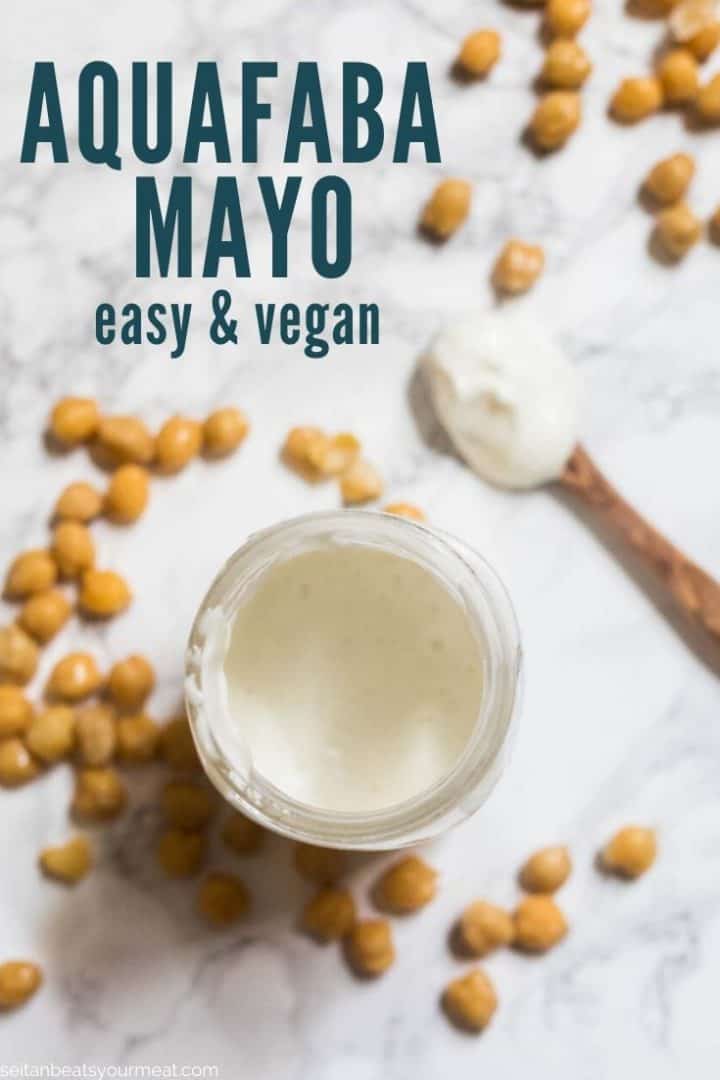