Now that autumn is winding down and December is here, several layers of blankets and piping hot beverages sounds like the perfect way to spend leisurely weekend mornings. One of my favorite parts of those slower mornings is getting up early, and making a giant, time-consuming breakfast while sipping coffee over the stove. I’ll often make my go-to pancake recipe (sometimes making a variation on a favorite with seasonal produce), or try something entirely new, like apple crepes!

At the beginning of December, you may still have apples (from the orchard, naturally) and pie pumpkins rattling around the kitchen, but cocoa, peppermint, and homemade cookies are right around the corner. It’s the perfect time to pick the best qualities of both seasons. In that spirit, I tried my hand at crepes for the first time.

These crepes give autumn a proper sendoff (and perhaps use up your last cooking apples of the season!) while transitioning to wintry flavors. The crepes combine a sweet apple filling with a cranberry vanilla tea-infused crepe batter. Since crepes are delicate in flavor, the tart notes of cranberry and sweet vanilla bean shine.

The inspiration for this crepe recipe came from Celestial Seasonings’ Cranberry Vanilla Wonderland rooibos tea. This initially seemed like a challenging flavor to incorporate into a dish. Since there are many flavors present in this tea blend, including cranberry, vanilla, hibiscus, orange, and juniper, I didn’t want to overwhelm the tea by adding too many flavors. The cranberry vanilla tea crepes and the apple cinnamon filling stand on their own, and combine pleasantly in each bite.

While making crepes may seem daunting at first, it’s no more difficult than pancakes once you get the hang of it. These crepes are made with aquafaba rather than egg, and are light, crispy, and fluffy.

For the crepe batter

• If you’ve never made crepes before, the first crepe or two might be a “test” to see what temperature works best with your cookware.
• If the heat is too low, your crepes will turn out pale, gummy, and oily. Conversely, if the pan is too hot, the batter will solidify before it has a chance to spread, resulting in thick crepes that burn before they’re cooked through. 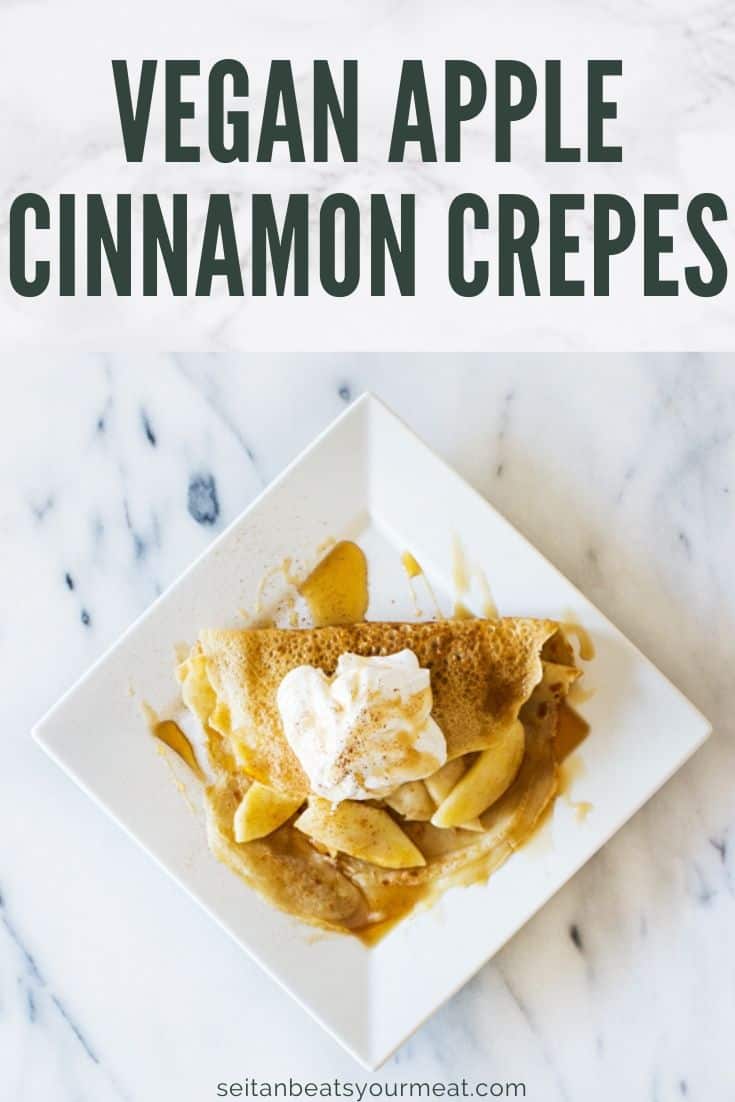 17shares
We use cookies to ensure that we give you the best experience on our website. If you continue to use this site we will assume that you are happy with it.OKRead more