I was not a big fan of cauliflower growing up, or even up until a few years ago. I think the problem was that the majority of my exposure to cauliflower made it seem like a mushy, colorless, flavorless version of broccoli. I also think a lot of people had the same experience with this misunderstood veggie since there are memes about cauliflower's glow up over the past few years. The secret to making cauliflower delicious is preparing it in ways that showcase its deliciousness (i.e., don't boil it), like roasting it or cooking it in a curry like aloo gobi (an Indian dish with potatoes and cauliflower). One of my favorite ways to prepare cauliflower is making Buffalo cauliflower. Roasting the cauliflower with spices and Buffalo sauce gives it a crispy exterior, and brings out the flavor. Change the mind of a cauliflower hater (possibly yourself) by making these baked Buffalo cauliflower bites.

If you're not familiar with Buffalo cauliflower, it's basically a meatless alternative to Buffalo wings or hot wings (Jessica Simpson would be proud). But I wouldn't say they are meant to "replace" Buffalo wings. They're delicious in their own right. My Buffalo cauliflower is tossed in garlic, onion, and Buffalo sauce and baked until crispy. Then it's dunked into warm Buffalo sauce with a little agave nectar and vegan butter. It's a simple recipe to make, and I highly recommend doubling or tripling it since you will be eating them off the tray before you sit down to dinner. The cauliflower also shrinks a little as it bakes.

To bread or not to bread your cauliflower?

I like to eat them like you would eat Buffalo wings—with a side of ranch dipping sauce, more Buffalo sauce, and some carrot sticks and celery to snack on. Besides eating them as an appetizer, they're great on top of salads or rice, or even as a pizza topping (check out my Buffalo cauliflower pizza recipe!). 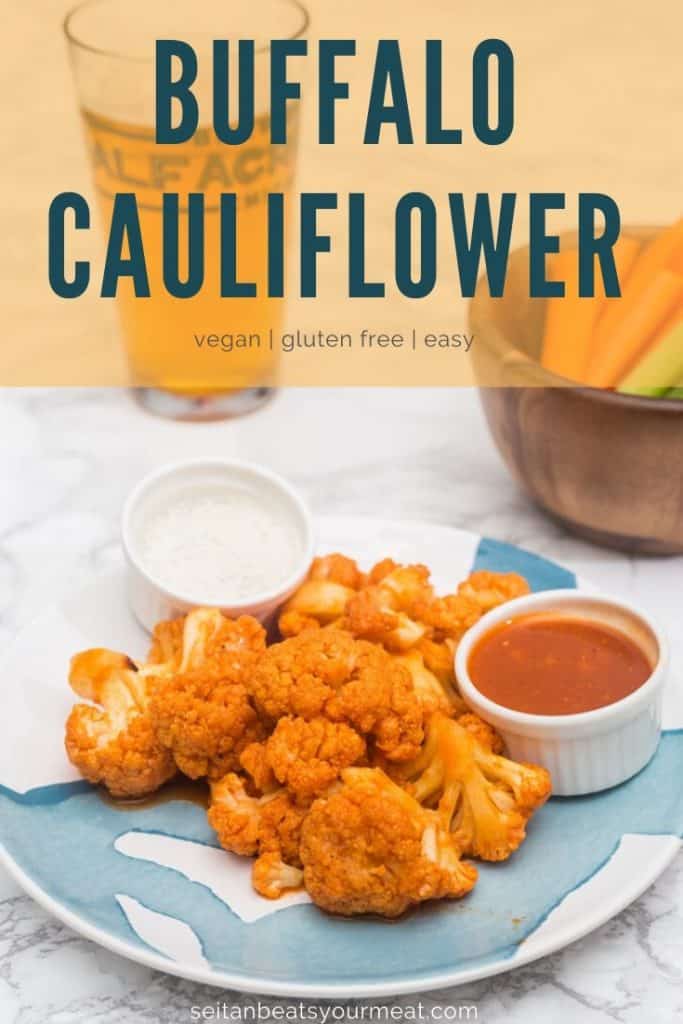 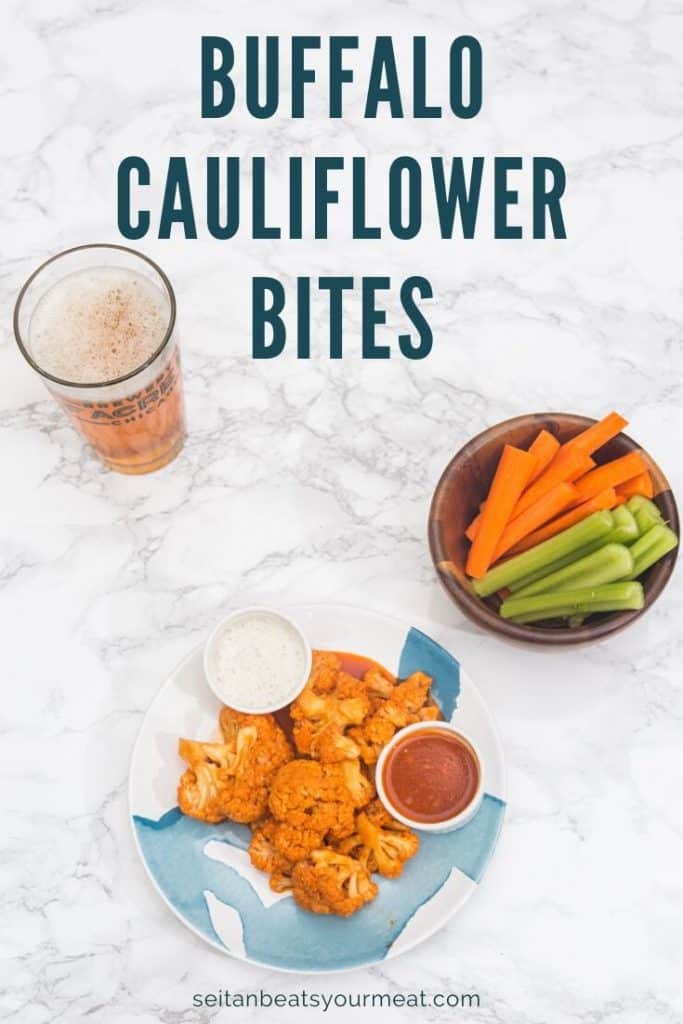 Hi, I'm Kelly, the author and photographer of Seitan Beats Your Meat, and author of 3 vegan cookbooks. I share vegan comfort food, delectable desserts, and the occasional kale salad.
I am a commercial photographer by day at Kelly Peloza Photo LLC, and spend my free time cooking, baking, and styling food. Learn more about me →