The dog days of summer are in full force and the last thing I've been doing is cooking and baking. These vegan ice cream recipes are here to the rescue! From decadent coconut and cashew-based ice creams to banana nice cream, there’s a dairy-free frozen treat for everyone.

When it's too hot to cook, it's a great time to test out some new salad recipes, grill, and try out new restaurants in your city (then cook at home all winter after spending all your money dining out all summer.) When it's too hot to eat hot food, vegan ice cream for dinner is the way to go.

There are so many different methods and ingredients you can use when making vegan ice cream. Some you can make in a blender, and others require an ice cream maker (btw, my favorite ice cream maker is this one from Cuisinart).

The formula for vegan ice cream is basically the same as dairy ice cream: a creamy base with flavoring added then churned and frozen. But with so many non-dairy milks and plant-based creams, there are endless possibilities for vegan ice cream!

Vegan ice cream is often made with coconut milk or coconut cream because it’s one of the easiest ways to get a creamy texture with a readily-available grocery item. It’s my ice cream base of choice because it’s so versatile. I just think about the flavors I use when making coconut-based ice cream.

You won’t miss the butter in this dairy-free version of this decadent ice cream! The pecans are cooked in a buttery caramel before being added to the ice cream, so each one has an extra burst of flavor. Butter pecan ice cream is so versatile too! It’s just as delicious on a Thanksgiving pie as it is in a summer ice cream cone.

If you have Girl Scout cookies leftover from spring*, one of the best seasonally-appropriate ways to eat them is crushed up in minty ice cream. This recipe is similar to mint chip ice cream, swapping out some of the chocolate chips for cookies. Luckily, Thin Mints are vegan, so stock up! If you'd prefer to make your own, I have a recipe in The Vegan Cookie Connoisseur.
*Let's be honest, the only reason you do is because they accidentally fell behind something in the freezer.

Oh gosh—salted caramel and chamomile vegan ice cream sounds like the type of flavor you’d find at a gourmet vegan ice cream shop where everything is made by hand, including the cones. You won’t have to go searching for this shop because you can make this flavor by hand with this recipe from Jar of Lemons.

Remember those strawberry shortcake bars with bright red ice cream and crunchy cookie crumb coating? You know, the childhood staple found at every ice cream truck and beachside concession stand. Melissa from Vegan Huggs went and made a vegan version! I will be making these ASAP.

This pumpkin spice latte ice cream tastes just like the autumnal coffee drink! The coconut base gives this ice cream an extremely creamy texture, and lends a bit of coconut flavor which pairs well with the pumpkin and coffee without overpowering it.

It’s always a good roundup with a recipe from Rainbow Nourishments. This peanut butter blueberry ice cream has pieces of chewy sourdough bread mixed in, which I never would have thought to do! This ice cream is basically breakfast in a cone.

🥜 Cashew and Nut Based Ice Cream

This category covers a few different types of vegan ice cream, including recipes made with blended nuts (most commonly cashews), nut milks (like almond and cashew), and ice cream made with nut butters.

Blended raw cashews make for creamy ice cream with a neutral flavor, but they’re so darn expensive! Many gourmet ice creams at vegan ice cream shops is made with a cashew base.

I wouldn’t recommend making ice cream with just non-dairy milk such as almond milk. These types of milks are mostly water so the ice cream will be more icy than creamy. It’s best to mix non-dairy milk with a high-fat ingredient like raw cashews, coconut milk, or nut butter.

This blueberry cashew ice cream is made with a combination of blended raw cashews and cashew butter, giving it a creamy texture and a sweet, nutty flavor that pairs well with the blueberries. The final product is exceptionally creamy, and I bet it would be delicious with any type of berry.

Made with aquafaba and almond milk, this chocolate ice cream requires no ice cream maker because the whipped aquafaba gives it an airy texture that it retains after freezing. Sounds perfect to me!

Blended cashews and cashew milk give this ice cream a creamy, nutty base that lends itself well to the flavor of strong coffee. Maple syrup and almond extract give the recipe another dimension of flavor.

Banana ice cream or “nice cream” is made by blending frozen bananas. They whip up into a creamy texture and you can add traditional ice cream toppings. If you add fruit and granola, it checks out as a healthy breakfast!

Nice cream has to be eaten right away after blending since it’ll just refreeze into a solid banana ice cube.

This ice cream has three simple ingredients: banana, avocado, and lime juice. The avocado makes this nice cream extra creamy and gives it a bright green color, and the lime juice helps keep it from browning while adding a bit of sourness to round out the flavor.

Lavender granola nice cream? Sounds lovely! With bananas, lavender, granola, and no added sugar, this one would even make a healthy breakfast.

Neapolitan ice cream is one of my favorite flavors! As a kid, I would secretly scoop out the strawberry section, leaving the vanilla and chocolate. This nice cream version of Neapolitan is made with fresh strawberries, vanilla, and cocoa powder to flavor the bananas.

This chocolate and nut butter banana nice cream has just four ingredients: bananas, chocolate, nut butter, and water. The sweetness comes from the bananas and chocolate, with an extra dose of protein and nutty flavor from the nut butter.

Which one of these vegan ice cream recipes will you make first? 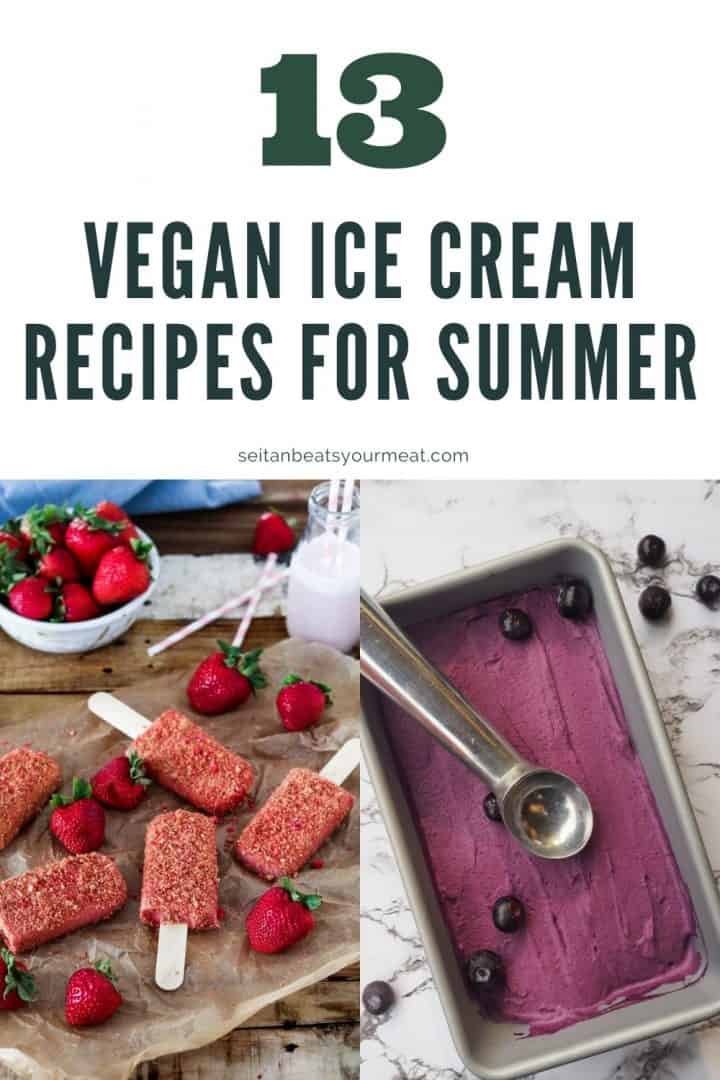 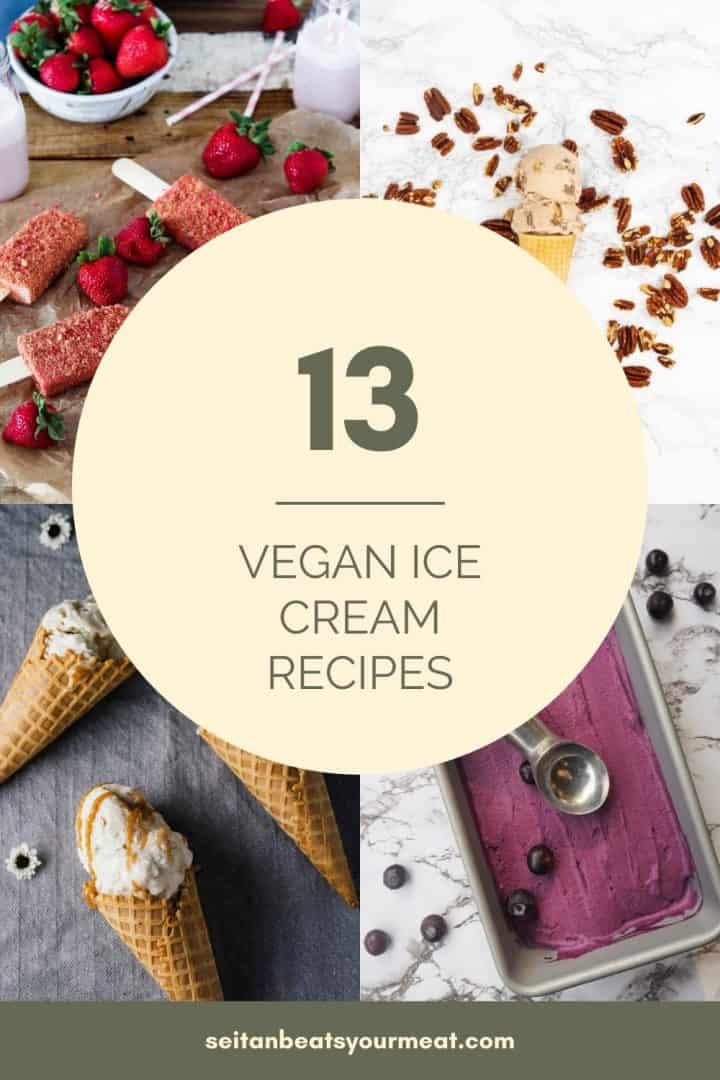